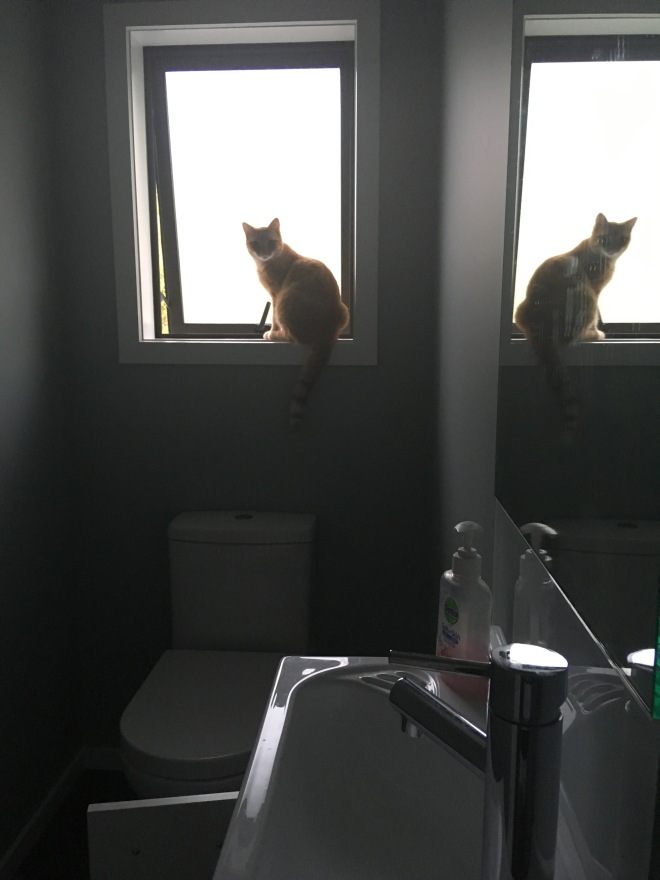 Yesterday, when I was driving home from the supermarket, I saw a ginger cat lying in the middle of the motorway. A fatally misjudged dash for safety ending in tragedy. My gut did a flip. Could it be Dolly? It was impossible to tell from the awkward shape of the body, but the colour of the coat looked all too familiar. Bright orange flecked with golden highlights.

I tried not to panic. It was too far away from home to be Dolly. She would have had to cross two major roads and traverse more than 800m of bush. I texted a mate, who told me to focus only on what I knew to be true, not what might or might not be true in the future. Unsatisfied with the logic of that response, I googled “how far do cats roam” and was briefly reassured by the knowledge that most cats stick to a radius of about 200m from home. But then I read the footnote: “exceptional cats have been tracked up to two kilometres in a single day.

Was Dolly an exceptional cat? What makes a cat exceptional? Dolly was definitely weird. She regularly plays fetch with herself, tossing a squishy ball across the lounge and chasing it like a thing posessed. When I attempt to join in, throwing the ball and saying “Fetch, Dolly!”, she looks at me like I’m childish and refuses to move. In my mind, I could just imagine Dolly stalking through the long grass towards the highway in blind pursuit of something twitchy in her dangerously unhinged peripheral vision.

Who even knows where Dolly goes on her twelve hour long escapades, anyway? She departs after breakfast and is gone all day. If you’re lucky, you’ll see her slip out the bathroom window with a flick of her ginger tail. But most of the time she’s too quick. One minute she’s there, the next minute, just an empty space on the windowsill.  When returns she smells like adventure: fresh air and pinecones and scrub.

I never worry. I’m not even sure I like her. She keeps me awake at night and attacks my furniture. She’s chewed more cords than I can count. The stink of kitty litter in the laundry has permanently replaced the smell of fabric softener, and when I try to pat her she runs off to hide under the couch as if my hand is a cattle prod.

I do not know why people love cats so much. Who has time for this level of emotional investment? I should be working, not writing another Facebook post about a cat. And besides, the care and concern is completely unreciprocated. Dolly clearly doesn’t spare a thought for me when she’s out there chasing butterflies across the motorway.

The motorway! Oh, but what if it was her?

I’m not ready to lose something I hadn’t even decided I was ready to love yet. That would be cruel and unfair. Here I was taking care not to fall in love, only to fail to guard myself against simple, straightforward attachment. The cat came and went like she owned the place and I liked it. Her sudden appearances offered surprise on dull afternoons. Her demonic solo ball-chases were hilarious, far more entertaining than 7 Days. Even the thought of never having to pick up a dangling cord ever again filled me with regret. A life without Dolly seemed suddenly lacking in suspense.

For the next five hours, I watched the window and waited. I secretly hoped the cat I had seen on the motorway was somebody else’s cat, which made me feel like a terrible person. I stood at the back door and called her name in the rapidly descending darkness, even though Dolly had never once responded to the sound of my voice except to run away.

Eventually, at about 8pm, just when I was starting to think about how I would break the news to the children, Dolly sauntered into the living room.

I lept to my feet and began to clap like an idiot.

Bobbie looked at me like I was deranged. “She always gets home at this time,” she said. “Why were you worried?”

I reached out to pull her in for a hug. Tears pricked the corner of my eyes.

“I wasn’t worried,” I lied. “It’s just that, for a minute there I thought Dolly was exceptional.

The smell of kitty litter wafted towards my nose as I heard her scratching around in the tray. I sighed with relief.

“But she’s not. Dolly’s not exceptional at all.”