Five things you should know about learning te reo. 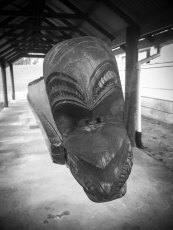 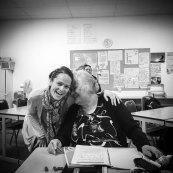 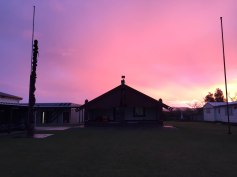 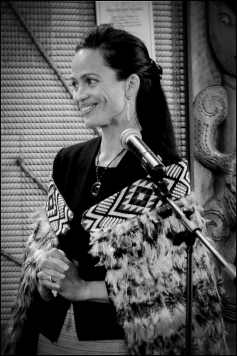 A lot of people have asked if I’m fluent in Māori after my year of total immersion. The answer is absolutely … not! Sadly, there’s no such thing as a fast track when it comes to te reo Māori. That’s lesson one for you.
Lesson two is that you have to go backwards into the past in order to go forward. At first, I resisted.

Like so many others, I came to the reo with a lot of emotional baggage — guilt, shame, fear. I was pretty happy with the way I’d vacuum-sealed my past into a compact little package, and I wasn’t in any great hurry to unpack it.

But I couldn’t complete assignments until I’d dug into my whakapapa, tracing my line of descent as far back as I could go. I took road trips around the motu in the footsteps of my ancestors, discovering the meaning behind the names they’d given to our rivers and mountains and waterfalls.

After you’ve done that, it’s hard to look at those places, or the people who brought you here, in the same way you did before.

They’re not just photos on the wall any more, or points on a map. Your story is their story. You’re linked to the past in a way that shapes exactly where you are right now. That kind of knowledge changes you.

So lesson three? Be prepared to have your entire worldview flipped on its head. Learning Māori isn’t like learning Spanish or French or German. It’s an ancient language, poetic and profound. Even the seemingly simple words are imbued with multiple layers of meaning.

It’s impossible to engage with te reo Māori in a superficial way. Take the word poutokomanawa, for example. This is the central pole inside the marae that acts as the main structural support of the building. Without the poutokomanawa, the whare couldn’t stand. Break that word down further and you have the pou (pole), toko (support), manawa (heart).
Because it’s a highly metaphorical language, we were once asked to stand in front of the class and describe the poutokomanawa in our own lives — the person you credit with holding you up and supporting you through thick and thin.

This is a beautiful concept in itself, because the word implicitly acknowledges that none of us get to where we are all on our own.
That day in class, people spoke of their mothers, grandmothers, fathers, sisters, brothers. By the end, there wasn’t a dry eye in the class. When it was my turn to stand, I found I couldn’t even speak.

It’s not that I didn’t know what to say. It’s simply that the weight of emotion carried by this single word left me speechless. It’s almost incredible that such a powerful word in Māori has no close equivalent in English. Well, I suppose you could call someone your centre pole.

But it doesn’t quite have the same ring, does it?

Then there was an exercise in composing an original waiata and performing it to the class. I had no idea what that was meant to be all about, other than some kind of X-factor biggest-loser tournament. And yet, fast-forward three months and I’m writing stories that are being published. Not to brag, but that’s kind of terrifying. Then again, it’s nothing compared to singing really, really badly in front of an entire classroom.

So there was lesson four: Take risks. Kia kaha. As W.H. Auden says: You can look if you like, but you will have to leap.

It’s not just the courage to leap you need, though. It’s also the courage to fall. You’ll make mistakes. You might never be as good as you want to be. But those pitfalls and slip-ups also provide the most useful and quickest lessons. The way I learned the difference between awhi (help) and awhina (hug), for example, was to thank a tane friend of mine — in front of his wahine — for all his awhina over the past few weeks.

Which brings me to the final and most important lesson: Awhi each other all the time. Get alongside your mates and take the journey together. I know I couldn’t have done this year without the support and encouragement of my whānau and friends. The laughter and tears we shared in the classroom carried me through the ups and downs. My husband survived assessment week on dry crackers and water, and my kids said supportive things like: “Don’t worry Mum. I’m sure it’ll sound much better when you actually have to give the speech.”

I have been taken to pieces and put back together in quite a different way, thanks to my year of total immersion. I may not always have got what I wanted, but I got what I needed.